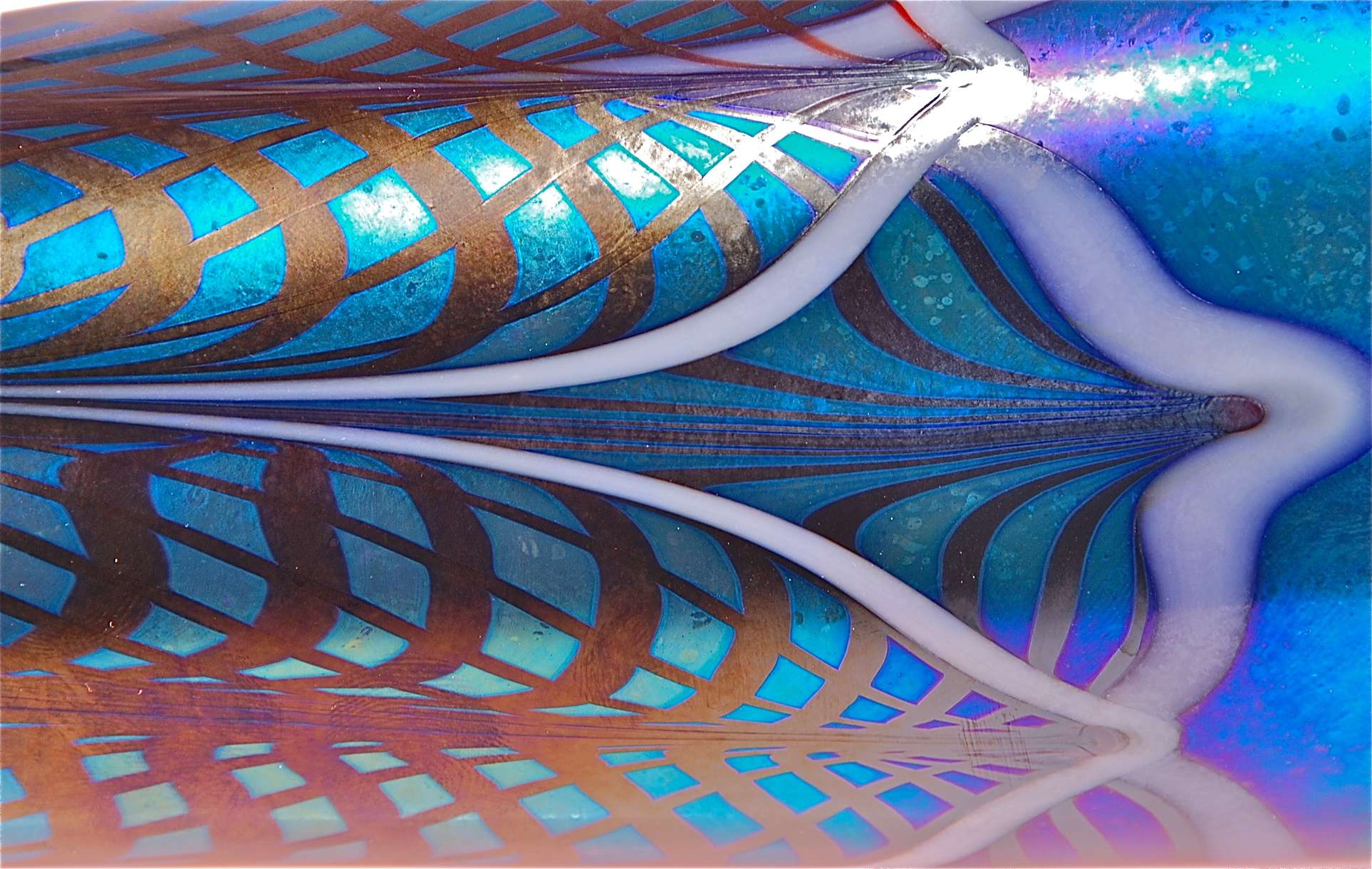 Tiffany founded his first glassmaking firm in 1892, which he called the Tiffany Glass and Decorating Company. The factory, Tiffany Furnaces, was located in Corona, Queens, New York and managed by the skilled English immigrant Arthur J. Nash. It was here that Tiffany established his unique method of glassmaking: treating molten glass with metallic oxides that absorbed into the glass and created a luxurious iridescent surface effect.
Tiffany patented Favrile glass in 1892. Favrile glass often has a distinctive characteristic that is common in some glass from Classical antiquity: it possesses a superficial iridescence. This iridescence causes the surface to shimmer, but also causes a degree of opacity.

Tiffany received the patent for Favrile glass in 1894. The first Favrile objects were made in 1896.
In 1865, Tiffany traveled to Europe, and in London he visited The South Kensington Museum, later renamed the Victoria and Albert Museum, whose extensive collection of Roman and Syrian glass made a deep impression on him. He admired the coloration of medieval glass and was convinced that the quality of contemporary glass could be improved upon.

At the 1900 Paris Exposition, Favrile glass won the grand prize in the exposition.

In 1918, Corning Glass purchased Steuben Glass Works, with Frederick Carder continuing to manage all aspects of the business. 1932, the advent of the Great Depression had a negative impact on business at Steuben. Corning Glass terminated the production of colored glass and took over the direction of the Steuben division, Carder was made artistic director for all Corning divisions.

When Steuben’s success at producing blanks for Hawkes became assured, Carder began to experiment with colored glass and continued experiments that were started in England. He soon perfected Gold Aurene which was similar to iridescent art glass that was being produced by Tiffany and others. Gold Aurene was followed by a wide range of colored art glass that eventually was produced in more than 7,000 shapes and 140 colors.

Since 1974 The method of making Luster has been rediscovered by Master glass blower, Rick Strini, who works from his private studio in Hawaii , creating beautiful, handmade, one-of-a-kind pieces every year.